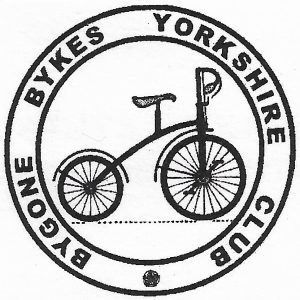 The club was founded in the spring of 1967 by the Auty brothers, from the Wakefield area, to keep alive the wonderful years of the early pioneers and inventors of the bicycle. Machines such as ‘ordinaries’ (Penny Farthings), solid tyred cycles and tricycles were acquired along with machines from the earlier part of the 20th century. Although the name Bygone Bykes (Yorkshire) Club was adopted the membership soon spread to other areas and now stands at over one hundred and fifty with several members in Europe.

The aims of the club are not only to preserve, renovate and display the machines but most of all to ride them.
Members have an interest in modern and ‘Classic’ machine as well as the earlier Vintage and Veteran models.

Create your own unique website with customizable templates.
Have you an interest in Veteran, Vintage and Classic Cycles, then this is the place for you